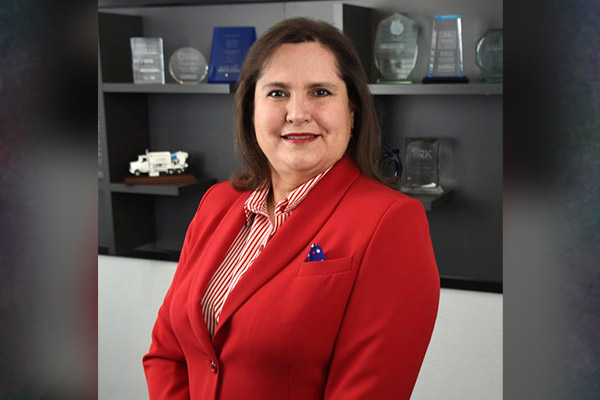 Born in Boston but raised in Colombia, Guiomar Obregon returned to the United States to receive both an MBA and Master of Civil Engineering degree from Georgia Tech. In partnership with her husband, Ms. Obregon opened Precision 2000, a civil-infrastructure construction firm, in 1998, and together they took on their first project at Hartsfield-Jackson Atlanta International Airport. Over time, Precision 2000 continued to be contracted on projects with Hartsfield-Jackson as well as additional projects with the city of Atlanta and other private companies. Today, Precision 2000 has been one of the few Hispanic female-owned companies to work on the expansion of the Atlanta airport.

Ms. Obregon first came into contact with the Georgia MBDA Business Center when she was pursuing an 8(a) certification for Precision 2000 in 2002. After her initial application for the certification was returned, Ms. Obregon noted that the guidance and expertise offered by the centers allowed her to refile the application and accurately and effectively navigate through the paperwork to achieve 8(a) certification. Since her initial contact with the Centers, Ms. Obregon has participated in a handful of matchmaking events, roundtables, and meet and greets offered through the Georgia MBDA Centers.

“I thank the MBDA Centers who promote and support minority contractors. It’s a huge help to know where to go when you need support or a connection. They are always available to help. It’s really great advice and at a great value. I’m extremely grateful we’ve had the opportunity to work with the Atlanta Centers.” – Guiomar Obregon

Ms. Obregon noted that her education from Georgia Tech has helped propel her forward in her career as an entrepreneur and civil engineer. To continue to inspire the next generation of students from Colombia as well as to promote engineering education, Precision 2000 established the Precision 2000 Inc. Fellowship at Georgia Tech’s School of Building Construction in December of 2017. With an initial commitment of $40,000, and a pledge to increase the fellowship funding to $100,000 in 2021, Precision 2000 continues to invest in the future of a greater, global community. To learn more about the fellowship, click here.

Precision 2000 strives to be the leading civil infrastructure construction

company, known for innovation, reliability, and excellence. With a reputation as a respected airport general contractor, it continues to tread forward despite the unprecedented times of the last year. Noting that Precision 2000 survived the 2008 recession and has now survived the 2020 pandemic recession, Ms. Obregon’s positive attitude and leadership style has helped her company navigate the unique circumstances needed to not just rebuild, but excel in their work.