The Benefits of Immersive Business Education 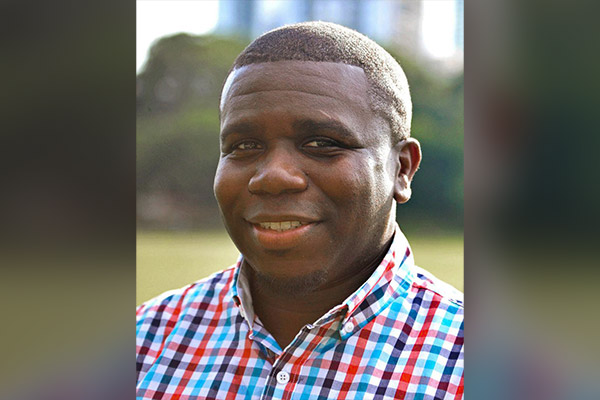 Charles Weems was born and raised in Decatur, Georgia, and attended Columbia High School. As an avid video game player as a child, Mr. Weems noted that it was a high school teacher who first introduced him to computer science. Mr. Weems then followed a golf scholarship to Grambling State University where he graduated with a degree in computer science. Upon graduation, he began working on individual projects mostly involving developing websites with flash animation and working as a software engineer for a small business. By 2006, however, Mr. Weems had decided to go out on his own and open Weems Design Studio (originally named Weems Web Consulting). Today, Weems Design Studio employs over 50 individuals who help provide custom software solutions and technology expertise for private businesses and government entities.

In a conversation with Mr. Weems, he noted that his original business strategy and philosophy was simply to never spend more than he made, and while this method was successful in his early years, Mr. Weems began to seek professional and industry related training. By 2010, Weems Design Studio was beginning to pursue government contracts, and it was through this process that he got involved with the Small Business Administration (SBA). Via his relationship with the SBA, Mr. Weems learned about the opportunities available for him at the Georgia MBDA Business Center. After contacting Donna Ennis, Georgia MBDA Centers’ Project Director, Mr. Weems began to participate in programs and receive counsel in attaining credit, identifying customer bases, investing money, and developing a strategic vision for a business.

“The Atlanta MDBA Centers are a very engaged organization in the Atlanta area from a business standpoint. I would encourage any business owner to get involved with the MBDA. The resources are out there, but many times we don’t know where to look. By connecting with groups such as the MBDA, you’re connected with people who really want to see you succeed and are there to help.” Charles Weems

Most notably, Mr. Weems described his experience participating in the Dartmouth’s Tuck School of Business Program in 2015. After finding out about the program through his relationship with the Georgia MBDA Business Center, Mr. Weems participated in the intensive program and made a point to say his colleagues described him as a “new person” after completing the program. He noted how the program helped him understand his overall vision for the company. Instead of trying to do all things information technology (IT) related, Mr. Weems decided to focus his company on software engineering and development.

Another area of notable interest and personal development Mr. Weems took from the Tuck program was the accounting section. He described how the program walked its participants through items such as balance sheets and cash flow statements. Through this immersive educational opportunity, Mr. Weems was able to create projections for his own company and escape a month-to-month financial system of operating. As a result, Mr. Weems now focuses on future implementation of skills and further development and regularly engages his staff with certifications and staff trainings.

Mr. Weems is also one of the Georgia MBDA Centers’ clients who was recently accepted into the Ernst & Young Accelerator Program. This online program assists entrepreneurs in launching their own products and learning more from industry professionals.

To learn more about Weems Design Studio make sure to check out their website and LinkedIn page.