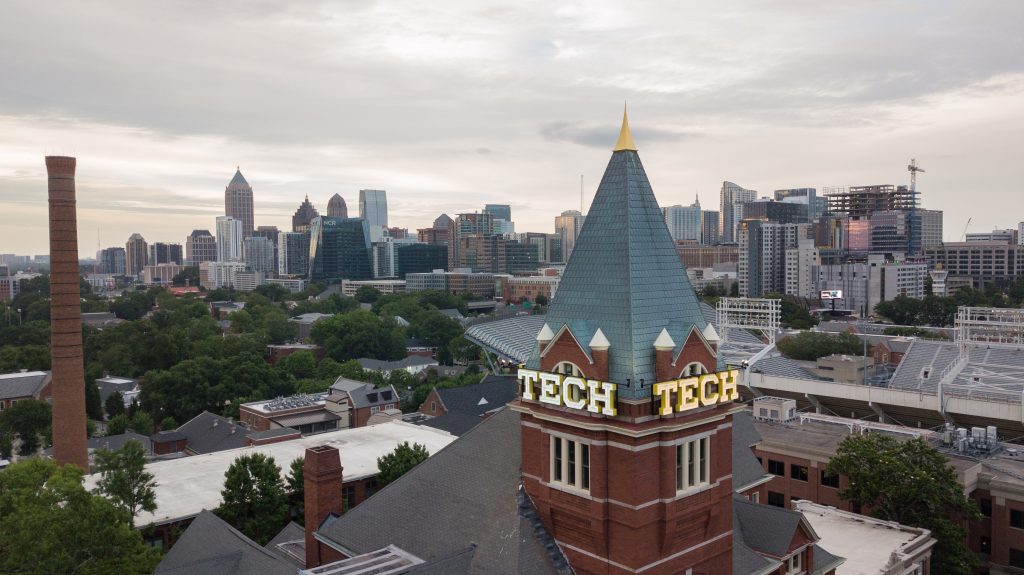 Georgia MBDA Center’s Students – Where are they Now

Earlier this year, we produced a series of articles focusing on how your group can employ student workers by utilizing the resources provided by the Georgia Tech Career Center. If you were not able to read those articles, make sure to check them out on our blog. To show you that we practice what we preach, this week, we will be highlighting some of the students that have worked with our centers over the past few years and where they are today.

Brandon graduated from Georgia Tech in 2014 and received a B.S. in Biomedical Engineering with a minor in Technology and Management from the Denning Technology and Management Program. Brandon began working with the Centers in 2013 as a summer intern, but his role eventually extended into a year-round position. Brandon’s role focused primarily on project management for the Georgia MBDA’s healthcare initiatives. Brandon also conducted a number of research projects as well as helping shape social media marketing for the Centers and help cement the role and scope Georgia MBDA Center internships.

At Georgia Tech, Brandon was very involved on campus. Brandon served as President of his fraternity, Alpha Phi Alpha, and also served on the Executive Cabinet for Georgia Tech’s orientation program, FASET. In his undergraduate career, Brandon held a number of on-campus jobs including work with the Office of Minority Development as well as his work with the Georgia MBDA Centers. Brandon also participated in the Co-op program with an Atlanta orthopedics company while an undergrad at Georgia Tech.

Below is what Brandon had to say about working with the Centers:

How would you describe the atmosphere within the Georgia MBDA Business Center?

At no point did I really feel like an intern. I felt like I was a staff member and an employee. Everyone was great, and I really felt like we were a family after all of the time we spent together on the impactful work that we were doing. I felt like I was entrusted with a lot and given a lot of autonomy to create, try new things, fail, and pivot with a support system in place where I didn’t feel like I was going to mess up at the end of the day. Working there also provided a lot of opportunities. For example, I still have some of the relationships that I made with some of the suppliers and manufacturers that were in the various programs. The Center also sent me to a national conference on supplier diversity which was a really cool experience. Overall, I would say that it was a very unique internship program where I didn’t feel like an intern at all.

Are there any projects from your time as a student assistant that you’re particularly proud of?

What comes to mind is being able to and being entrusted to help develop net, new programs at the Center, whether they exist today or not. It was super cool to be able to create the internship and the ambassador programs at the Center. I was also able to create the HTAC program for healthcare and the CAMP program for manufacturers. I remember making the logos and websites for these programs. It was a great opportunity to be a part of these from their origination and seeing them grow. We also put together a conference for diverse suppliers and manufacturers from all over the country. Knowing that I was able to represent the Center, coordinate the agenda, and get everything together as an undergraduate college student was a fantastic experience.

How did working for the Georgia MBDA Business Center contribute to your undergraduate career at Georgia Tech and your professional career after graduating?

I’m currently a consultant for Clarkston Consulting, and I focus on project and program management. I also lead our diversity, equity, and inclusion services (DEI), so how we partner and help our clients in the DEI space. A lot of what I learned with my experience in the Center helped me realize that I did not want to do engineering even though I have a Biomedical Engineering degree. I realized that I really liked working with different companies and different people on different types of projects. My work with the Center was really a launchpad into consulting rather than engineering. I would say that my work was a differentiator as I was coming out of Georgia Tech and starting to interview because a lot of the work that I did was the work that consultants do.

Now that I’m in the DEI consultancy space, I’m having a lot of conversations about supplier diversity and approaches which is what the Centers do. They focus on diverse suppliers and how to get them into the supply chain, so that’s a direct correlation. I also want to mention the project management skills, the sense of autonomy, and being able to coordinate and communicate across different parties, and all of that is a direct correlation to the work that I do now. In hindsight, I realized that this was one of the more impactful experiences when it comes to what my career has turned out to be, and I still go back to different anecdotes and lessons learned from the centers and my internship there even over my co-op which was almost a full-time job.