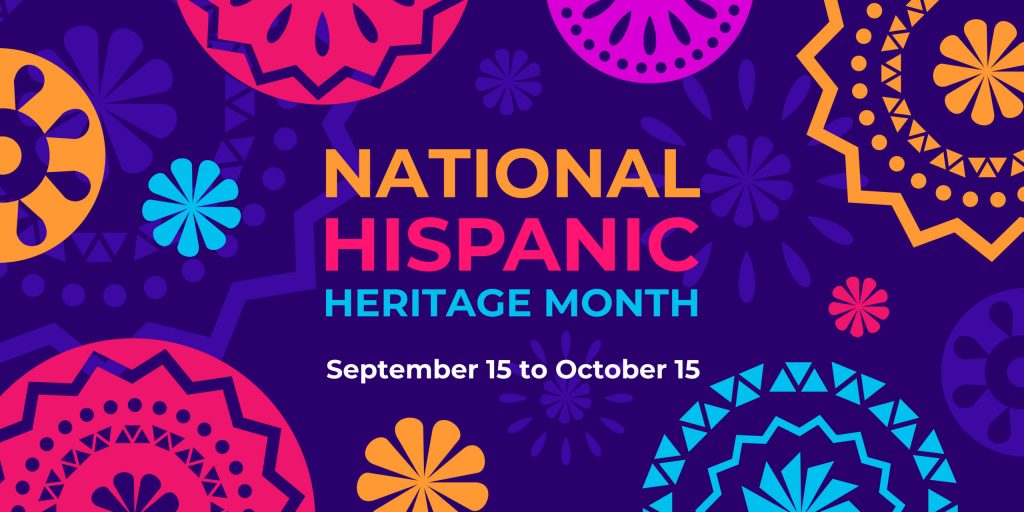 Since 1968, the U.S. has celebrated the histories, cultures, and contributions of Hispanic and Latino American citizens. This includes citizens whose ancestors came from Spain, Mexico, the Caribbean, and Central and South America.

Hispanic Heritage Month began as a commemorative week. California Congressman George E. Brown introduced Hispanic Heritage Week as a result of a growing push to recognize the contributions of the Hispanic and Latino community. Congress authorized the law on September 17th, 1968. President Lyndon B. Johnson issued a proclamation that same day:

“Several of our States and many of our cities proudly bear Hispanic names and continue Hispanic traditions that enrich our national life. The Commonwealth of Puerto Rico has given an example to the world by lifting the per capita income of its inhabitants through “Operation Bootstrap” from $256 to $1,047 in 10 years.

The people of Hispanic descent are the heirs of missionaries, captains, soldiers, and farmers who were motivated by a young spirit of adventure, and a desire to settle freely in a free land. This heritage is ours.”

September 15th was chosen as the beginning of Hispanic Heritage Week with the intention of recognizing the independence of Costa Rica, El Salvador, Guatemala, Honduras, and Nicaragua, who declared independence from Spain on September 15th, 1821.

Hispanic Heritage Month as we know it today was signed into law on August 17th, 1988. The idea for extending the commemoration was first brought to the table by U.S. Representative Esteban E. Torres of California, in 1987. Torres wanted more time to “properly observe and coordinate events and activities to celebrate Hispanic culture and achievement”. The bill itself was proposed by Illinois Senator Paul Simon in 1988, and signed into law by President Ronald Reagan. On September 14th, 1989, President George W. Bush was the first president to declare September 15th to October 15th as Hispanic Heritage Month. His declaration stated the following:

“The rich ethnic heritage of Hispanic Americans gives us cause to celebrate because it is a proud and colorful portion of our Nation’s heritage. Hispanic Americans have reaffirmed our belief in the principles of liberty and democratic government, and they have helped to share that vision with our neighbors in Central and South America and the Caribbean. This month, as we recognize the many achievements of Hispanic Americans, we also recall the universal appeal of the American ideal of freedom and opportunity for all.”

The contributions of the Hispanic and Latino community in the United States are interwoven into the heritage of our country. Here at the Georgia MBDA Business Center, we are dedicated to celebrating and supporting Hispanic and Latino owned businesses. Hispanic-owned companies represent 14% of total U.S. businesses. From 2012-2018, Hispanic businesses grew at double the rate of other U.S. businesses – 40.2% growth compared to 18.8% growth. Latino small business owners are the fastest growing group of entrepreneurs in the United States, growing 34% over the last ten years. The Georgia MBDA Business Center has the resources and experience to support Hispanic and Latino business owners in this era of growth and success.